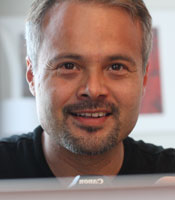 Salvador Paniagua is an award-winning filmmaker whose work has been recognized by the Ford Motor Company and Disney. His short films have appeared in the Sacramento International Latino Film Festival and the San Diego Latino Film Festival, among others. He was a finalist for the Walt Disney Studios Feature Writing Fellowship Program. He also received a grant from the Mercury Latino Lens Challenge to shoot "Los Tamales," a comedic and warm-hearted story about a seven-year-old boy's trek across the neighborhood to run an errand for his mother.

Sal is currently the Online Communications Specialist at Chadwick School. 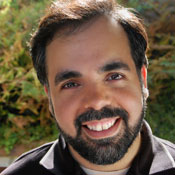 Manuel Bermúdez has appeared on national television in such diverse programs as Texas Rangers Murder Files, Jimmy Kimmel Live! and on a Spanish-language television commercial.  He has also acted in numerous shorts including “My Little Dolphin” and “Enter the Furry,” both directed by David Markus, and “Celibate Desires” and co-starred along with Michael Arturo in the web series Double Espresso.  He has done voice-over work for the Azteca America television network and narrated the Spanish language version of the baseball documentary Change-Up.  He can be seen around Los Angeles performing improvisation and stand-up.


A filmmaker in his own right, Manuel pursued a Master of Fine Arts degree at the University of Southern California School of Cinematic Arts after graduating with honors and distinction from Stanford University, where he majored in communication and Spanish. His graduate thesis project “5 Stages of Grief,” a seriocomic look at his struggle dealing with the loss of his father during film school, was screened in over a dozen film festivals including the Santa Barbara International Film Festival and was named “Best College Short” at the Orinda Film Festival, was awarded a Silver Knight at the Golden Knight Malta International Film Festival, and was a semi-finalist for the Angelus Award. Manuel directed Will Ferrell in the opening video for the USC School of Cinema-Television’s 75th gala. He has also directed music videos through the Los Angeles-based media collective Good ‘n Proper and a couple of television commercials. 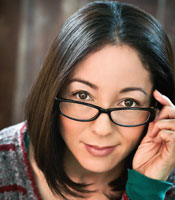 Keiko Elizabeth is an LA-based actor. Manny in Real Life is her first venture into the world of producing.  She received her MFA in Acting from Cal State Fullerton in 2011. Since then she has worked in theatre, film and television, with credits as varied as the Coeurage Theatre Company’s production of Lanford Wilson’s Balm in Gilead, the award-winning short film The Last Great Romantic Comedy, and Days of Our Lives.

Before training as an actor, Keiko was a middle school science teacher in Oakland and San Francisco. She worked with kids transitioning out of juvenile hall, and was part of a founding cadre of teachers at ASCEND K-8, an award-winning arts-based school in Oakland’s Fruitvale neighborhood. She has a degree in Biology from Stanford University. 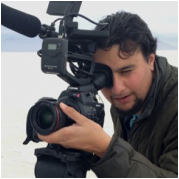 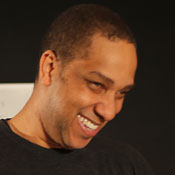 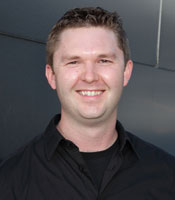 JONATHAN BEARD embodies a musical duality, with one foot rooted firmly in a classical music education that began at age 7, and the other tapping into a concoction of pop-infused electronics and synthesis.  As a collaborative music creator and orchestrator, his work has been heard across broadcast and cable television, and in hit theatrical films both domestically and internationally, with a combined box office of many hundreds of millions of dollars.  As a solo composer in his own right, Jonathan has also scored many unique independent films that have seen much critical and festival success.

When not writing for the screen, Jonathan enjoys creating concert music for the live stage.  He has received commissions and performances from an eclectic group of ensembles, including numerous Grammy nominees and winners.  Artists include the Pacific Symphony of Orange County, the Debut Orchestra, jazz great Vince Mendoza, international concert cellist Antonio Lysy, the St. Lawrence String Quartet, and the Los Angeles Master Chorale chamber singers, among others.  He also continues to perform as a cellist, both live and in session.  From a compositional and arranging perspective, having played in orchestras since the age of 9 has been a great benefit to Jonathan in developing his craft of finessing orchestral instrumentation.  That he is also a passionate enthusiast of synthesis and sound design only makes him more versatile, and he combines the electronic with the acoustic whenever appropriate opportunity arises, both in studio and live settings.

Jonathan remains highly committed to music education. In 2011, he joined the faculty of the Herb Alpert School of Music at UCLA, specializing in teaching electronic composition techniques.  He also writes and conducts workshops on behalf of the Los Angeles Philharmonic education program throughout the LA area.  He is a long-time supporter of Education Through Music - Los Angeles, currently serving on their Associates Board. He has spoken across the country, most recently delivering lectures on film scoring and electronic music production at conferences in Seattle, Honolulu, and Los Angeles.  Jonathan is both a writing and publishing member of BMI.